Donald Trump began in the real estate business as a young man, working alongside his father. His acquisition of casino properties came on the heels of great financial success in other ventures. He first began looking into buying an existing online casino in 1980 when a Harrah’s property in Atlantic City, N.J., lost its license and the financial ability to continue.

Trump put his brother in charge of this property, accepted a partnership, and took the dying casino into a positive income bracket. It wasn’t long before he bought out his partners and became the sole owner of the thriving casino.

In 1990, he purchased a property from Hilton Hotels, created the Taj Mahal, and in no time, became a contender in the arena of casino ownership and a genuine real estate mogul.

Trump’s rise to fame came about because of many different entrepreneurial efforts and some marketing plans that made him a household name. He learned from his father but didn’t ride any coattails. His rise to fame came with some knockouts, but setbacks never stopped him.

Steve Wynn isn’t much different from Trump when it comes to business. His approach is more conservative and not as risky, but it has all still been a gamble. Originally from the East Coast, Wynn grew into adulthood and began operating his family’s bingo hall before taking a small amount of savings and investing it into property in Las Vegas.

His leap from bingo management into casino ownership was a risk that required a cross-country move and a lot of work. Looking back, it’s clear to see that this was a sure bet for Wynn. His gamble paid off.

His debut job in 1967 sparked a whirlwind of construction on the Las Vegas strip a couple of decades later. He built the Mirage on the Strip and later outdid that luxury hotel and casino with the Bellagio. These two establishments added more glitz and glamor to Las Vegas, and the clientele flocked to get a piece of the action. 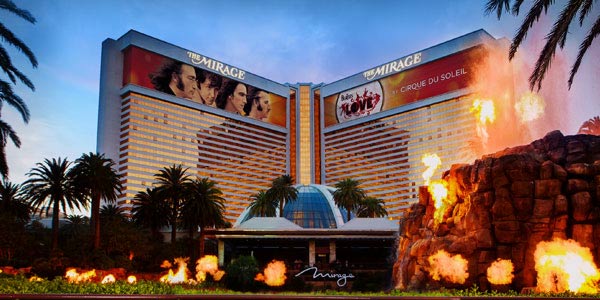 In 2000, Wynn sold the Mirage, and shortly after, he built the epitome of high-end gambling joints: the Wynn Las Vegas. His vision for big, glamorous and ritzy was exactly what Vegas had been missing. This undertaking proved to be his most expensive, and it ultimately turned into his biggest payoff.

In addition to his American accomplishments, Wynn also embarked on an international casino venture with the building of Wynn Macau — a luxury gaming institution in the biggest Asian market of gambling.